Learn how to backup, restore and migrate in seconds using Akeeba Backup, a popular Joomla! component. Akeeba's goal is to redefine how Joomla! extensions are made, documented and supported! Akeeba lets you take absolute control of your site. The webinar below is intended for all levels of Joomla users and explans how to install and create a backup using Akeeba and how to restore a backup using Kickstart.

Akeeba Ltd. is a software company specialising in the Joomla! Content Management System. Their goal is producing the highest quality extensions for the Joomla! CMS, always honoring the core values of the community, the freedom of choice and the access to the software's source code. Akeeba goes even further than that, by providing the most thorough documentation you've seen in a Joomla! extension and making it available free of charge. 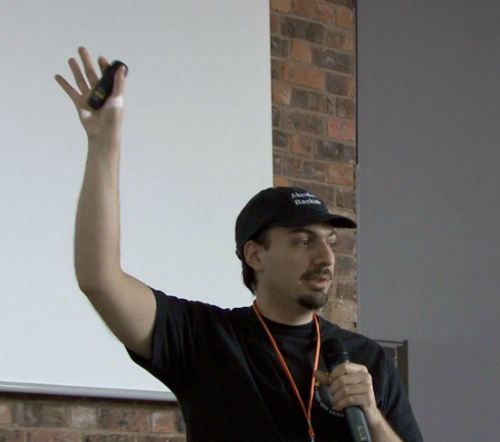 Nicholas K. Dionysopoulos is a 32 year old ex-Mechanical Engineer, turned web developer. Mostly known as the developer behind Akeeba Backup, Admin Tools and a gazillion other extensions, he's been into computers since the tender age of eleven, when he convinced his parents to buy him an Amstrad CPC6128+ to learn programming. He's written software in a variety of programming languages, ranging from Visual Basic and Delphi to x86 assembly and Fortran, settling for PHP about a decade ago.

An avid Joomlaholic, he enjoys roaming the world attending Joomla! conferences. He doesn't stand a chance in travelling anywhere near as much in a single year as former OSM president Ryan Ozimek, but this never stopped Nicholas from trying, even in vain. Despite what seems like frequent fits of Tourette syndrome, he's tame and doesn't bite. If unsure, approach him with a beer, coffee or any caffeinated beverage.

In spite of rumours to the contrary, he's not a cyborg and does sleep. When not writing code, doing support or evangelising Joomla!, he enjoys reading books, watching movies, playing the guitar and making fun of himself in the third person.