Last week the 400,000th demo trial of Joomla was launched through the CloudAccess.net platform, less than three years after we became the official host of demo.joomla.org. Open Source Matters awarded us the contract to host demo.joomla.org in April of 2010, and we're very grateful to be able to provide such a valuable service to the entire Joomla community. We're also fortunate to have been able to put Joomla at the heart of our company and build around it. Read more about the history of CloudAccess.net.

Our platform wasn't perfect at first. There were some bumps in the road, but over time we've dramatically improved the automated provisioning process, scaling our servers for faster Joomla sites all while keeping up with each new version of the CMS as it was released. We've also developed an industry-leading Joomla support system in the process - clients can submit a support ticket, use our live chat feature or call us directly to get answers to core Joomla questions. 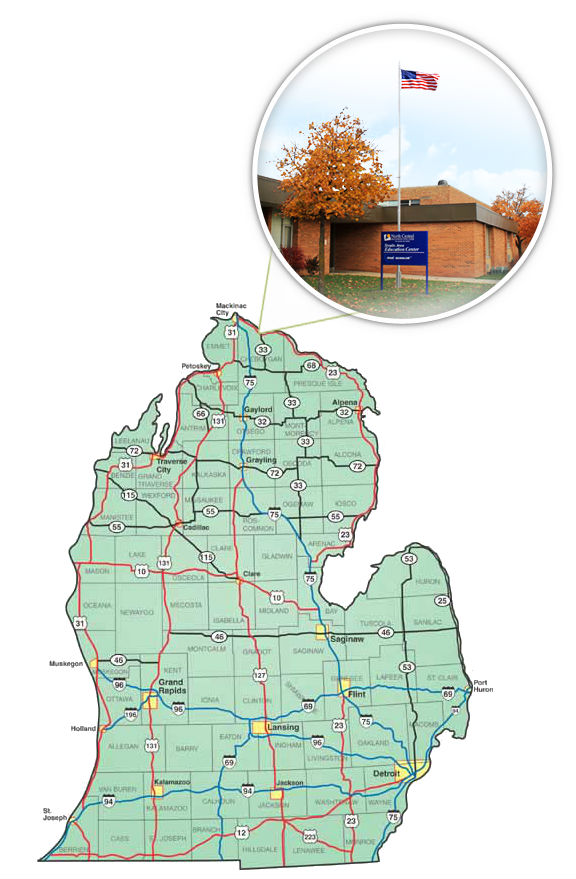 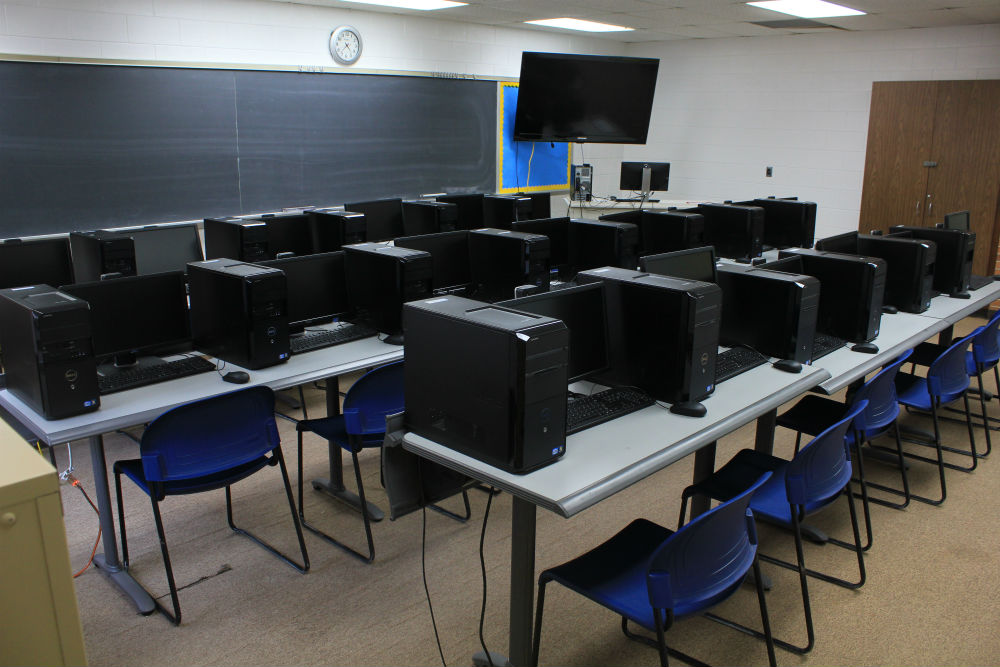 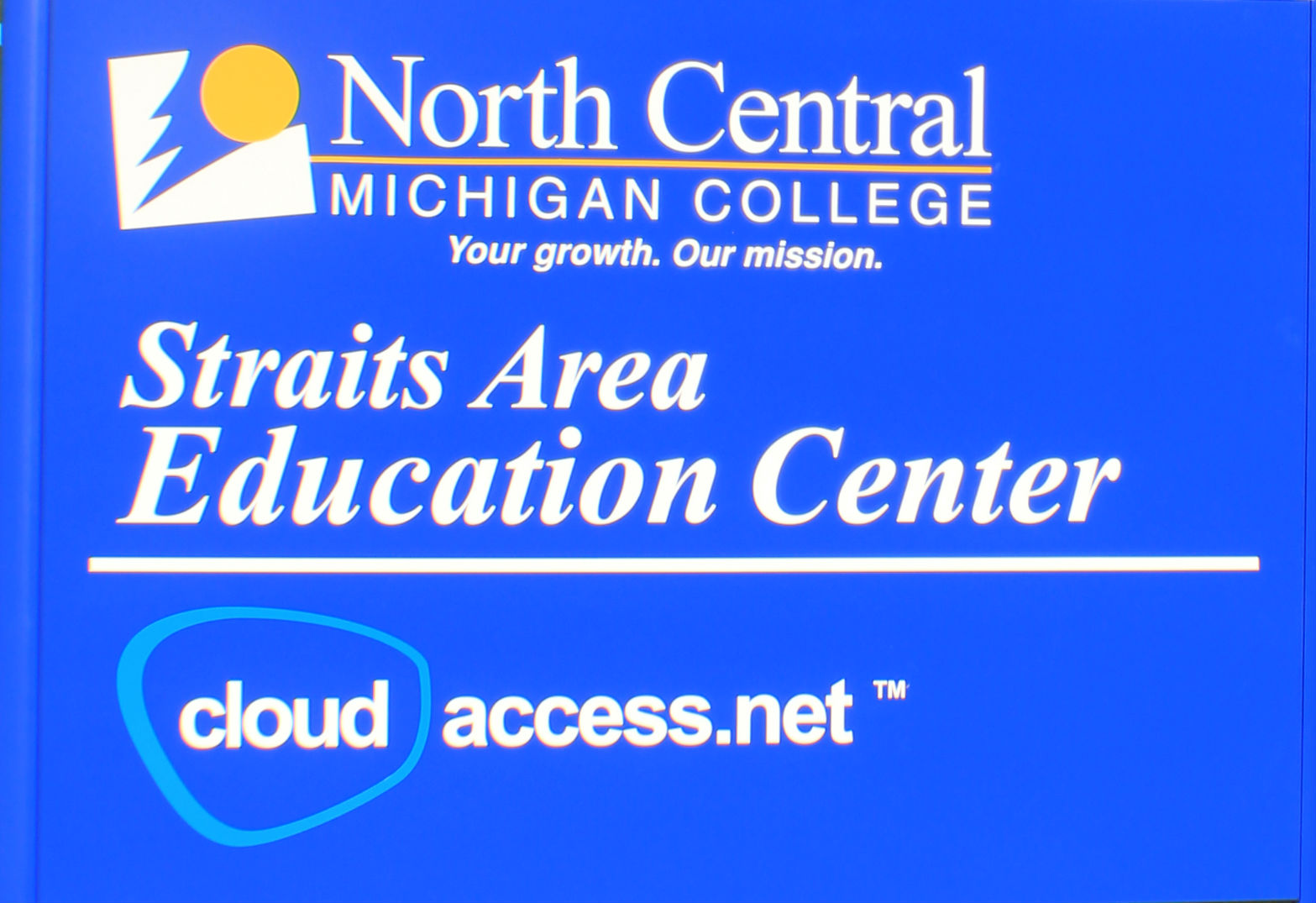 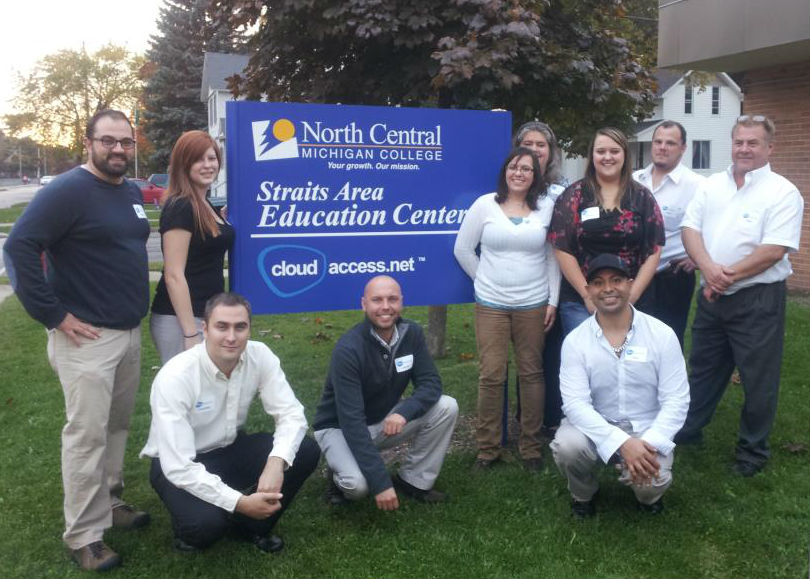 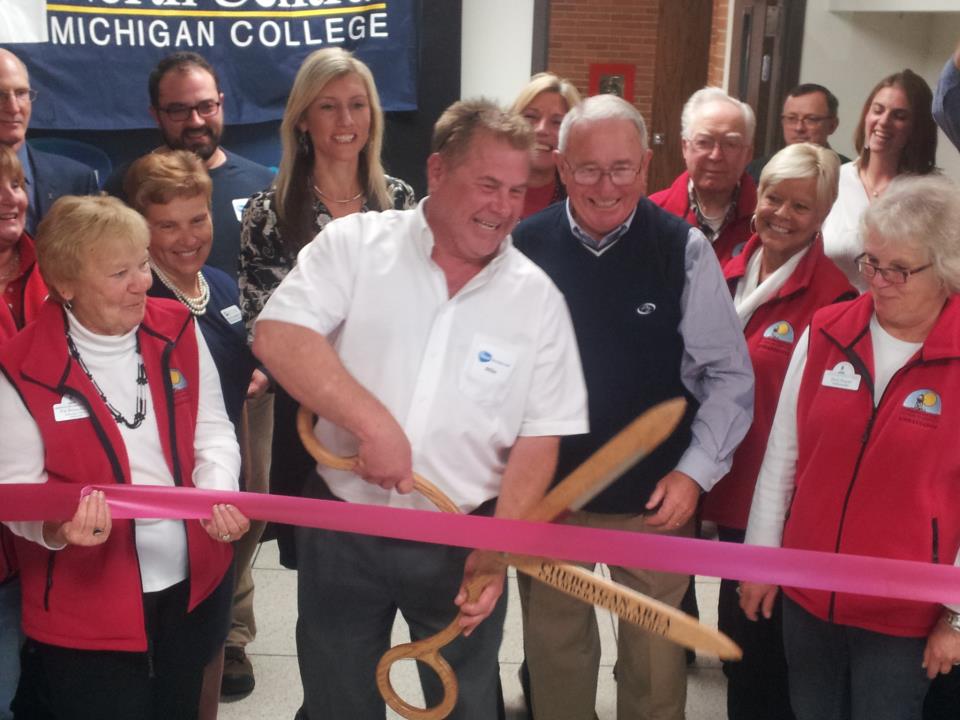 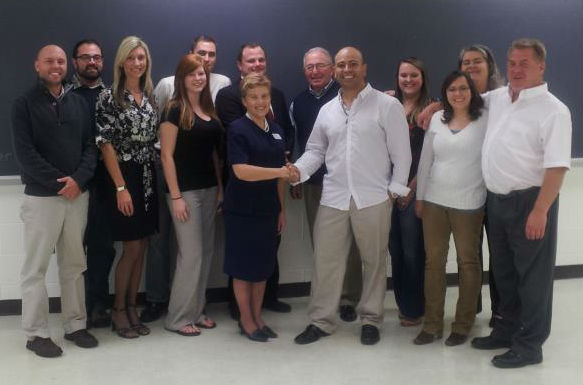 Earlier this year, CloudAccess.net acquired a 50,000 square foot structure in Cheboygan, Michigan. The structure was formerly Cheboygan Middle School. Easily one of the company's 2012 highlights, CloudAccess.net worked closely with the Cheboygan Economic Development Group (CEDG), local business leaders and Cheboygan Area Schools to purchase the structure at 504 Division Street in the heart of the beautiful downtown area.

CloudAccess.net was chosen to purchase the building from a number of potential candidates because we’re a growing Northern Michigan company with the potential to expand even more and to offer additional employment opportunities in Cheboygan. We were also chosen because we are good stewards of the community. We pledged to use the structure to promote education and various other community-based endeavors in the Cheboygan area. 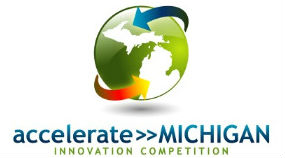 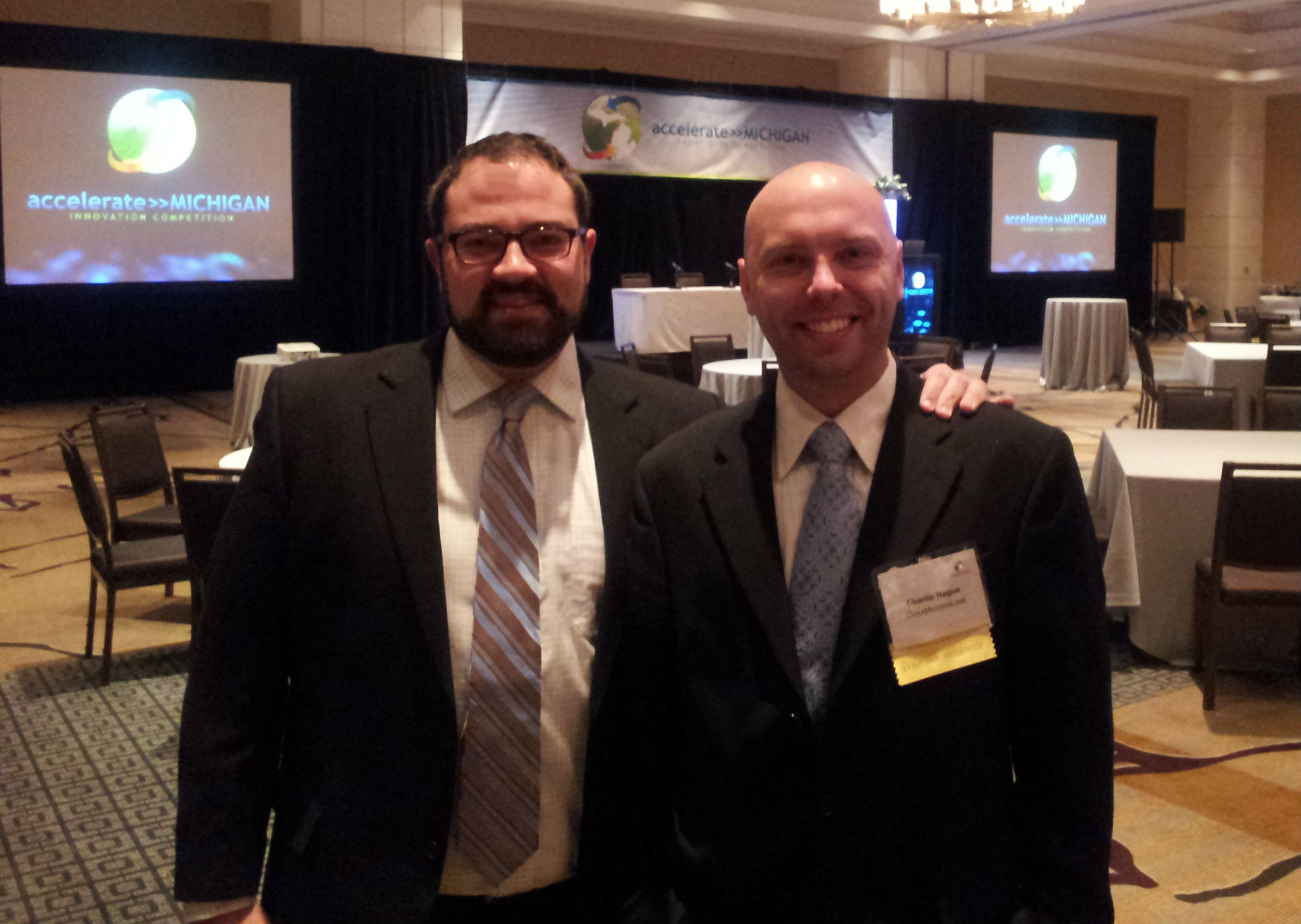 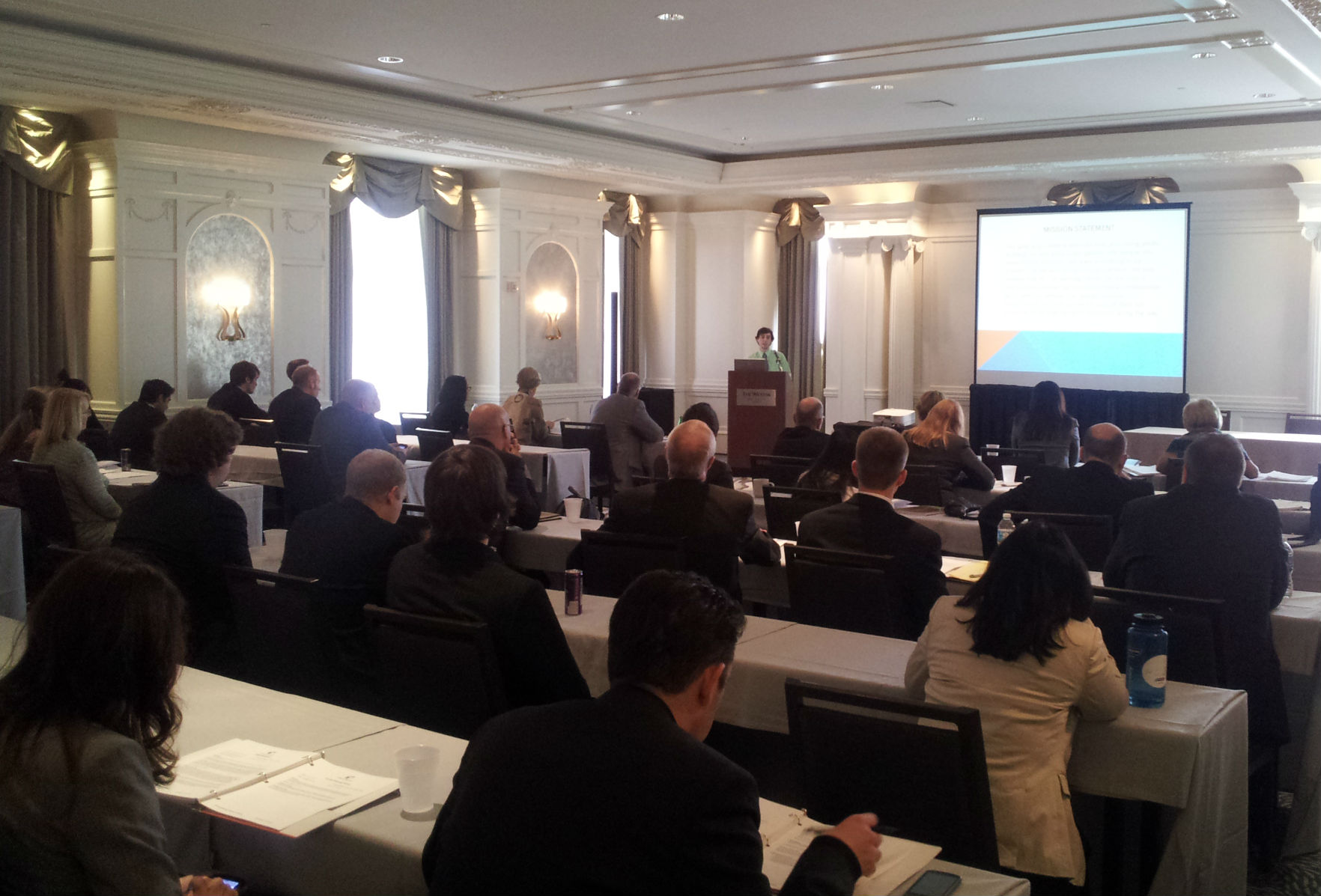 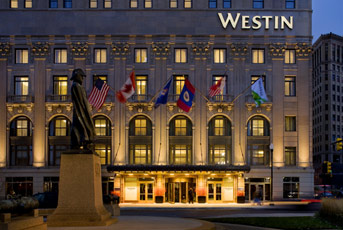 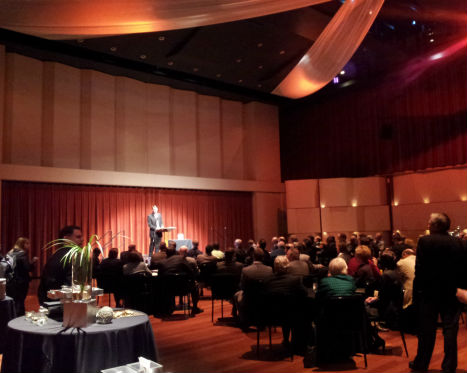 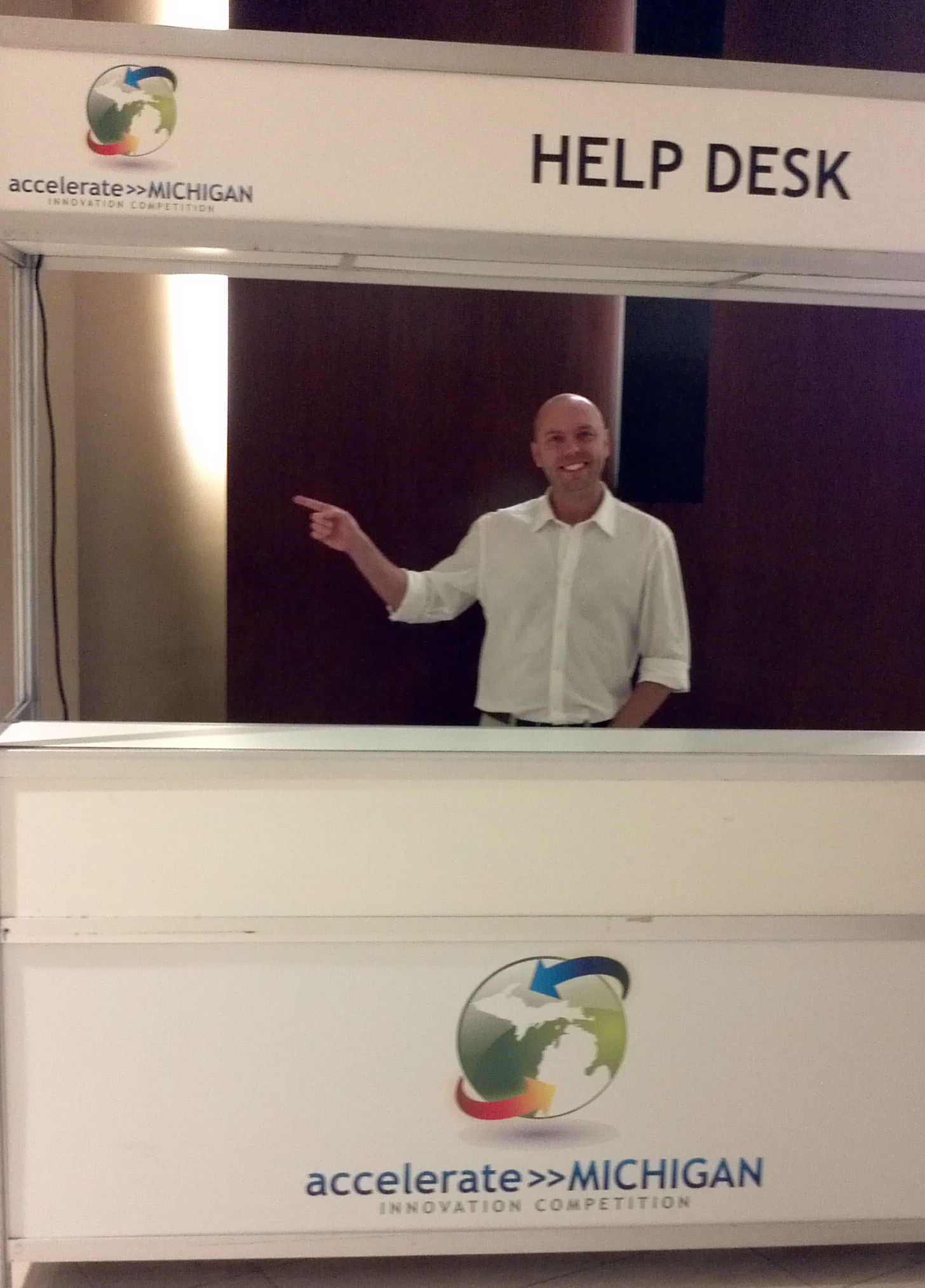 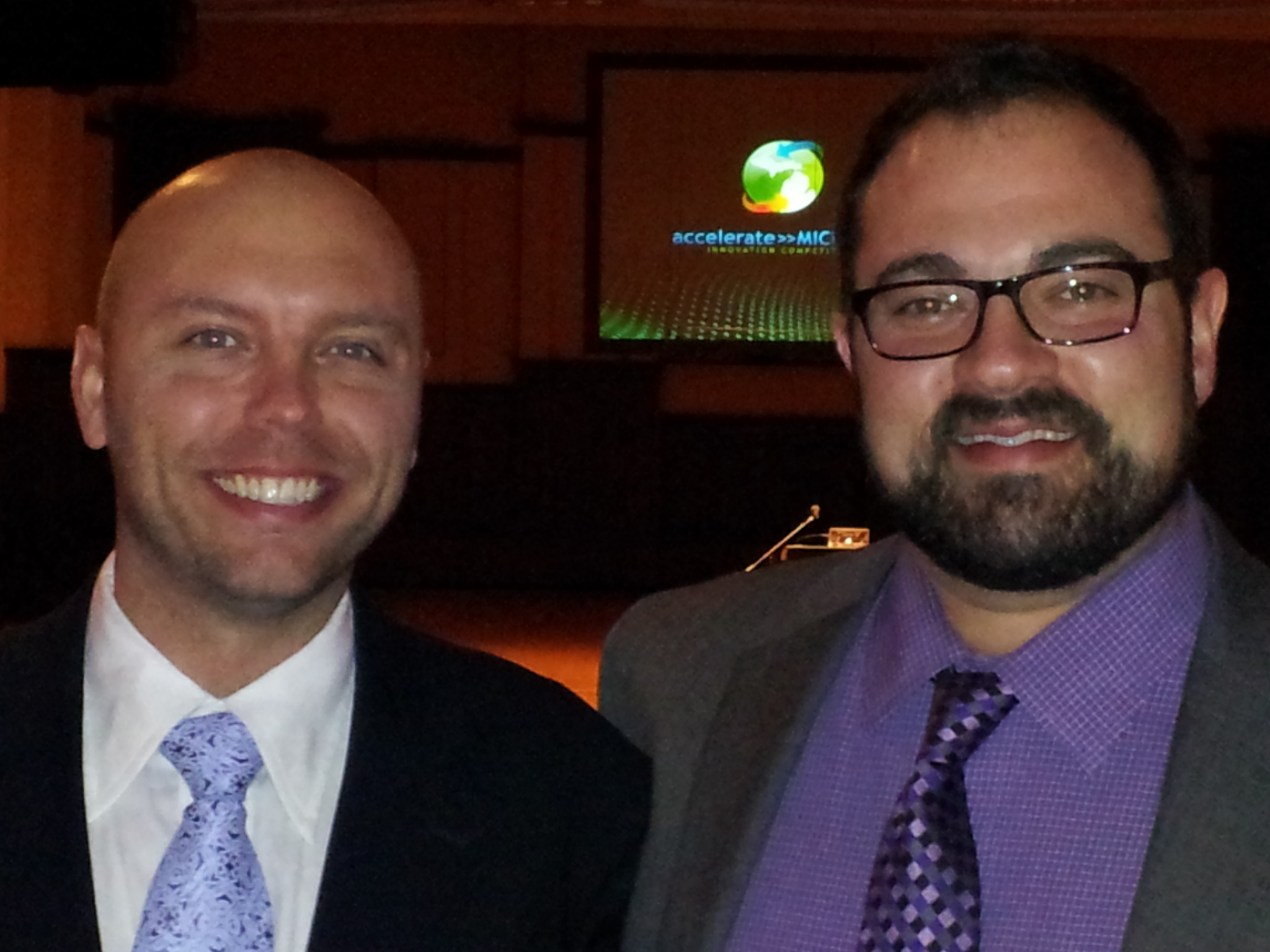 Charlie Hague, CFO, and Ryan "The Professor" Bernstein made the trip to Detroit to represent the company and deliver the pitch. They practiced for weeks leading up to the event and felt really good about making the final round of the competition after the initial 10 minute presentation. Ryan gave the pitch and both Ryan and Charlie answered questions for the judges for 15 minutes following the presentation. 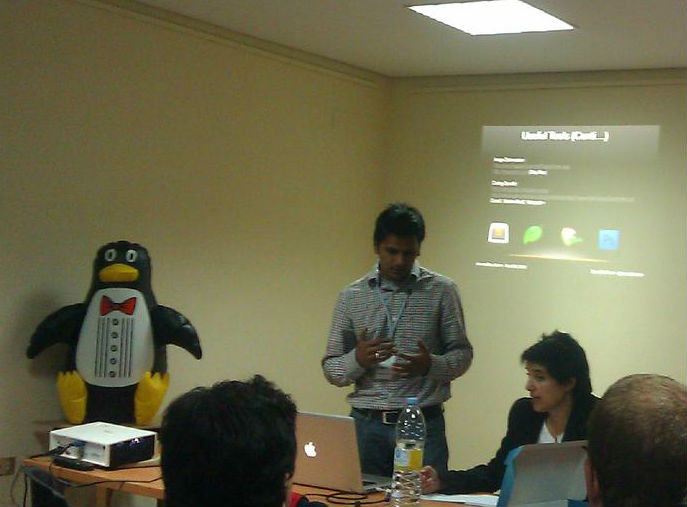 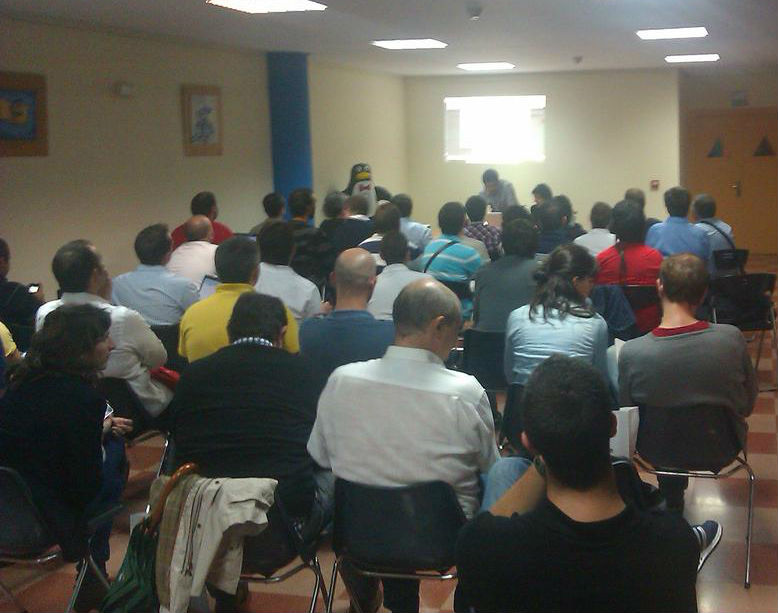 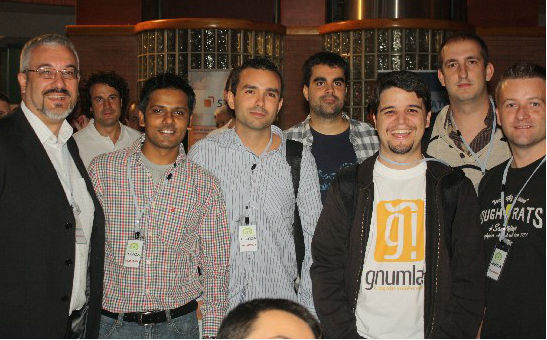 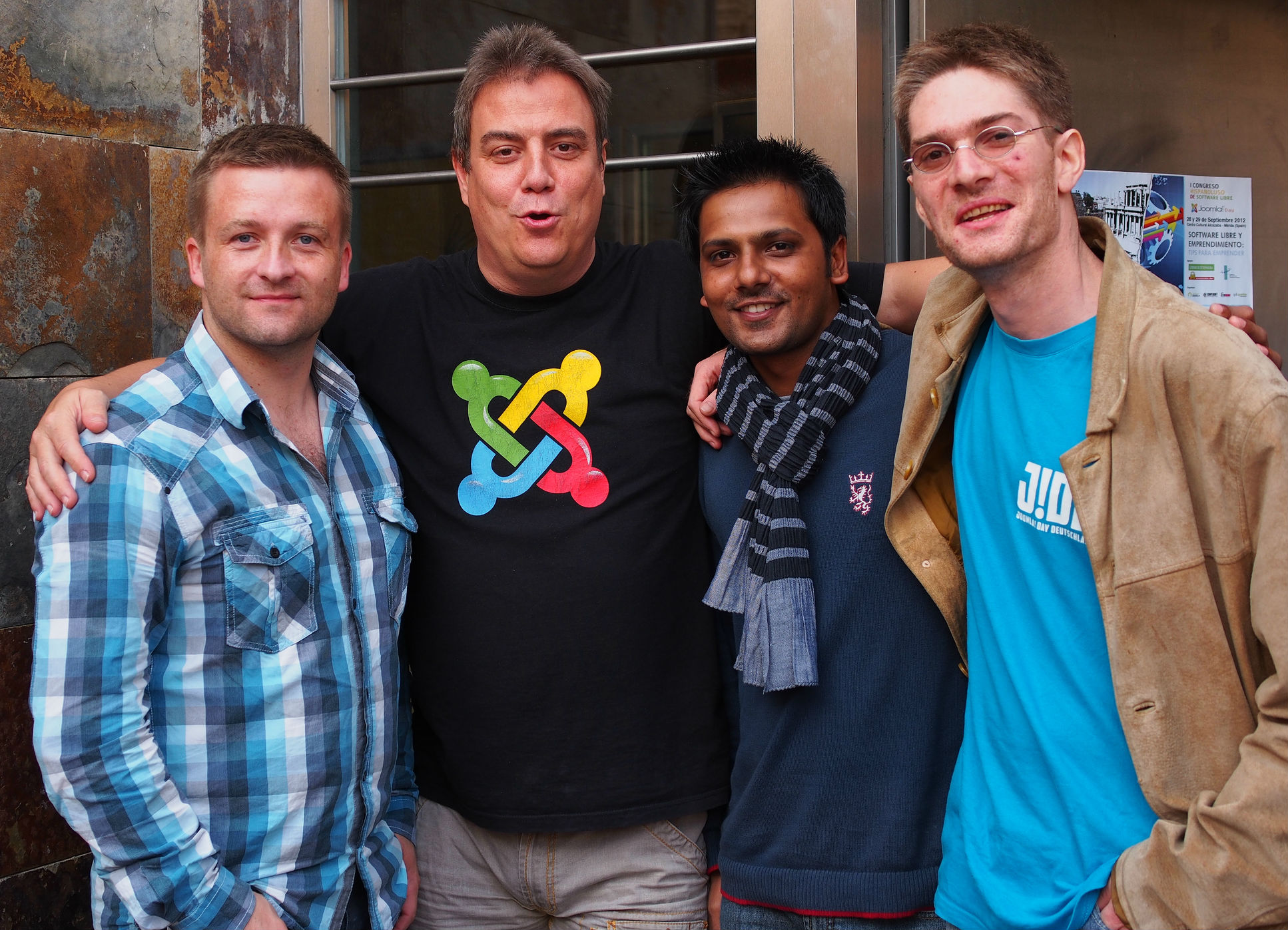 J!Day España (Spain) 2012 took place recently in the ancient Roman city of Mérida, and our own Saurabh Shah, a CloudAccess.net front end developer, lead a presentation & workshop at the event. Saurabh’s session was titled “Create & Modify Joomla! Templates” and his goal was to teach people how to create their own Joomla! templates through one of the following ways:

Could a Chrome Extension change the world? 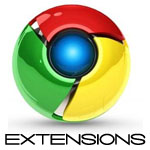 When we started planning the new CloudAccess.net Chrome Extension, we had a wide array of requirements. Like proud virtual parents, we wanted our humble extension to perform the following functions:

Servers in the Sky: Giving New Meaning to Cloud Computing 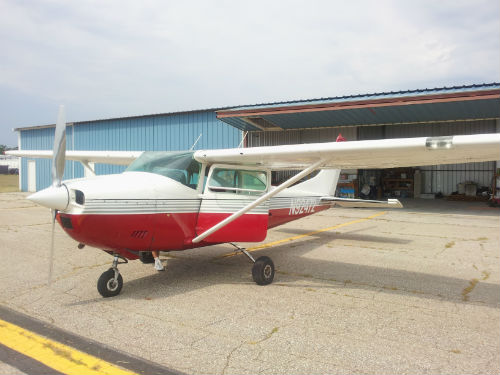 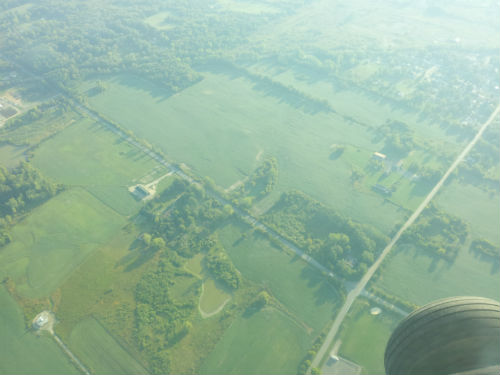 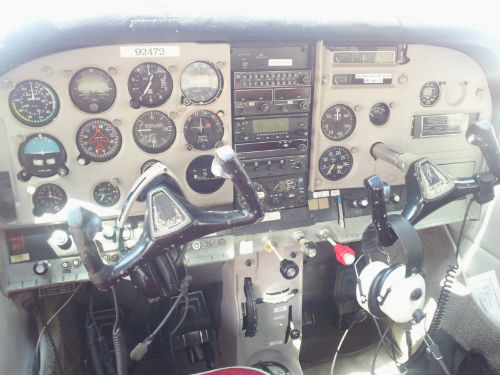 CloudAccess.net recently gave new meaning to the phrase cloud computing as we literally took to the sky with 4 CloudAccess.net servers. We moved the servers from our Traverse City data center to a new & improved facility that offers increased Internet connectivity in addition to an ultra-secure physical structure.

Two CloudAccess.net server administrators, Chris Ecklesdafer and Motaz, made the flight from Traverse City to the Metro Detroit area. We chartered a private plane to fly the servers to the new facility instead of driving them there because it decreased the overall downtime that our clients experienced. Below is a timeline of events:

CloudAccess.net Reaches a PageRank of 8 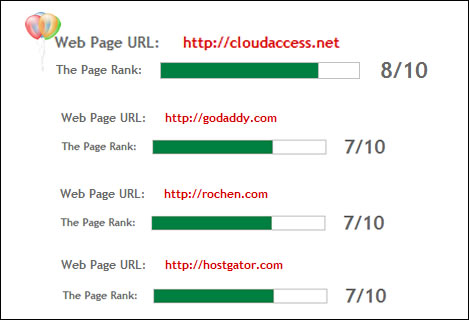 Now that you have had fair warning, and you've chosen to continue reading, we would like to unveil the latest CloudAccess.net news tid-bit. Earlier today, during some routine Google PageRank checking, we found that the CloudAccess.net PageRank has risen to the astronomical value of 8!

The History of PageRank

Developed way back in 1996 by Sergey Brin and Larry Page (that’s where the “Page” comes in), the system was set to use algorithms that ranked sites on a 1-10 scale based on link popularity. Soon after this system was designed, it was put into use when the same two gentlemen founded a company you may have heard of, Google. Essentially, PageRank is one of many indicators to a sites link popularity.

My GoDaddy Site is Down! Change to CloudAccess.net Bolt DNS

When GoDaddy's down, who ya gonna call? CloudAccess!

Godaddy’s DNS network went down today, and it's not a surprise. This was caused by a Distributed Denial of Service (DDOS) attack causing extended downtime for millions of websites world-wide. At CloudAccess.net, we've built a very special DNS network aptly named “Bolt-DNS”. Bolt-DNS is a distributed DNS network that allows us to handle very large volumes of traffic even during a DDOS attacks. Our Bolt-DNS network will distribute the traffic evenly during these attacks, and it quickly reacts by working with our DNS data centers to stop or block any denial of service attacks.

The Godaddy DNS outage has also affected the sending and receiving of email messages for thousands of people. CloudAccess.net partners with Google for email services for a more reliable email hosting service. In the case where Godaddy email is down, our system stays up. In fact, taking down both Google and CloudAccess.net would be nearly impossible. You cannot take down two of the biggest players in DNS world down at the same exact time. Both providers have cached networks that would continue to route mail even on the largest of network attacks. Since your Godaddy email is directly connected to a non-distributed DNS network rather than on a massive network like Google and CloudAccess.net, you're subject to failures. We don’t like being too presumptuous here at CloudAccess.net. Our company is comprised of many smart, hard working folks and we know a thing or two about the hosting and storage industry, but we don’t like to boast about it. As we constructed the Joomla! VPMC, as we do with all our products, we chose the best technology so we could, in turn, offer the best product available. That’s why we went with Texas Memory System and their RamSan® SSD solution - a flash-based Storage Area Network (SAN), which is coveted as being “The World's Fastest Storage®”.

Great minds must think alike, because IBM also thought that TMS had created something quite unique. IT was announced today that they have “entered into a definitive agreement for IBM to acquire TMS”. Good idea, IBM. We like the way you think, but, we bought into TMS first (na na na boo boo).

The Joomla Content Management System is coming to the heart of America, CHICAGO! Come to the windy city and hang out with a whole bunch of Joomla users and experts. Learn the business of Joomla and more about what the world’s most amazing CMS has to offer.